Meet The Team Of Creative Women Of SNAPSHOTS

As the director of notable films like Mean Girls 2, Slap Her She’s French, The Babysitter’s Club, and Freaky Friday, Mayron has brought her directing expertise to television shows like Grace and Frankie with Jane Fonda and Lily Tomlin, The Fosters, Jane the Virgin, In Treatment (HBO), Pretty Little Liars and numerous others. In addition, she has been on the other side of the camera as an actress in the award winning Thirtysomething, Lipstick Jungle, Jane the Virgin, Criminal Minds, Pretty Little Liars, Breaking the Girls and Playing for Time.

SNAPSHOTS is a film I very much wanted to see made. It spoke to me on two levels. The first is about love. The complexity of love, who we love, how we choose someone to love, how that affects the path of our lives, and how that path becomes our destiny, and in the end, our legacy. All we have is our life. Our one small, gigantic life amongst so many in the world. But what unites us all as humans, is the experience of love. That experience, if we are lucky enough to experience it, of being swept away by the knowing of a partner, a soul mate is the most breathtaking of experiences.

And then there is the time we are born into, the social mores at that time of our life experience. “Snapshots” visits the same experience in two different time/spaces, fifty years apart. It is a heartbreaking and yet revelatory story about love and time. And then there is another theme present, and that is of holding a secret. It takes courage and tremendous risk to reveal a secret long held, that can be incredibly hard to understand as well as hurtful. In the end, when the secret is out, we are privy to the very private struggle and painful journey one takes to accept, forgive and reclaim trust in someone you love. 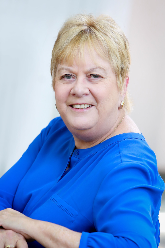 Jan Miller Corran has been producing award winning films since 1994. She has produced over twenty films. Her first film experience was with Complaints of a Dutiful Daughter which was nominated for an Academy Award for feature documentary. Since that time, Corran has executive produced over fifteen films including AWOL with Lola Kirke and the most recent being I’ll See You in My Dreams starring Blythe Danner. A published author and playwright, Corran brings her writing skills to a film destined to be remembered for decades.

Based on a true family story, SNAPSHOTS has been a labor of love for Jan. SNAPSHOTS began as a play in 1990 and twenty five years later it is now a screenplay. “As I wrote it, I fell in love with Rose, Patty, Allison and the beguiling Louise. Producing this film is a great joy.” 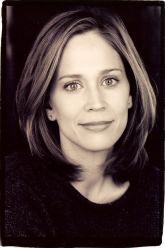 After years of producing theater and short films in Los Angeles, LeeAnne jumped into feature film producing with A Perfect Ending. “When I read SNAPSHOTS I got chills. Everyone has a secret right? What if you shared that secret with those closest to you and you found out nothing was as it seemed? This film has everything! I laughed and cried when I read the script and I knew I had another winner with this one.”